I recently helped install a closed-loop geothermal heat pump system for my daughter, her husband and their 1-year old son, Henry. It was part of a new-home construction project, and one that convinced me it “hurts more” to help build a house at age 63 compared to when I built our home at 24.

The building site was 2.5 acres, providing ample space for a horizontal earth loop. We designed the earth loop as a “4 over 4” arrangement with an average tube depth of 5 to 6 feet below finish grade, as shown in Figure 1. 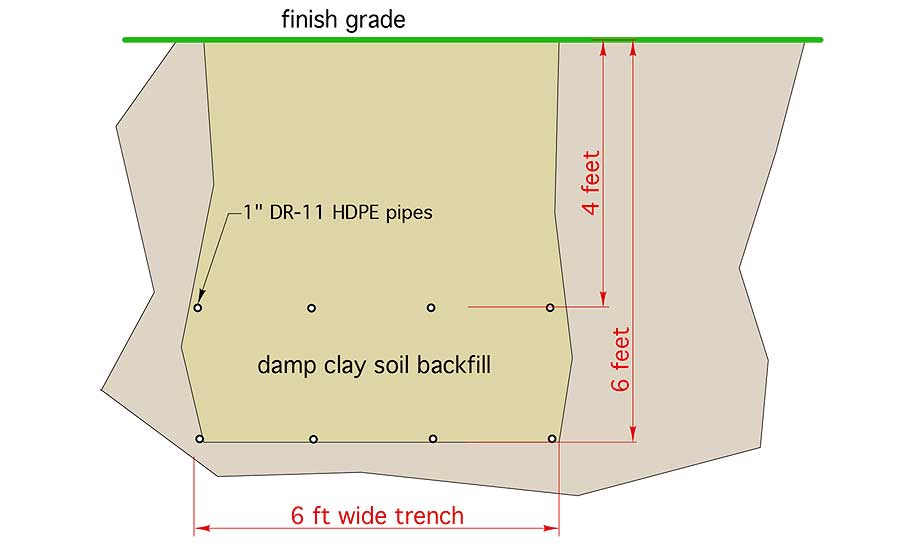 The trench would have to make several gentle changes in direction to accommodate onsite factors. Four parallel circuits of 1-inch DR-11 HDPE pipe would be run in a trench dug 6 feet deep and 6 feet wide. Each circuit would be just under 1,000 feet long.

The supply and return end of each circuit would be routed through 3-inch diameter holes in the poured concrete foundation, and manifolded inside the basement. Figure 2 (on Page 19) shows how we used 3-inch diameter solid polyethylene “rods,” held in place between the concrete forms for screws, to form the 8 required holes. The rods were spaced out and aligned to make it easy to connect the earth loops to an interior manifold. 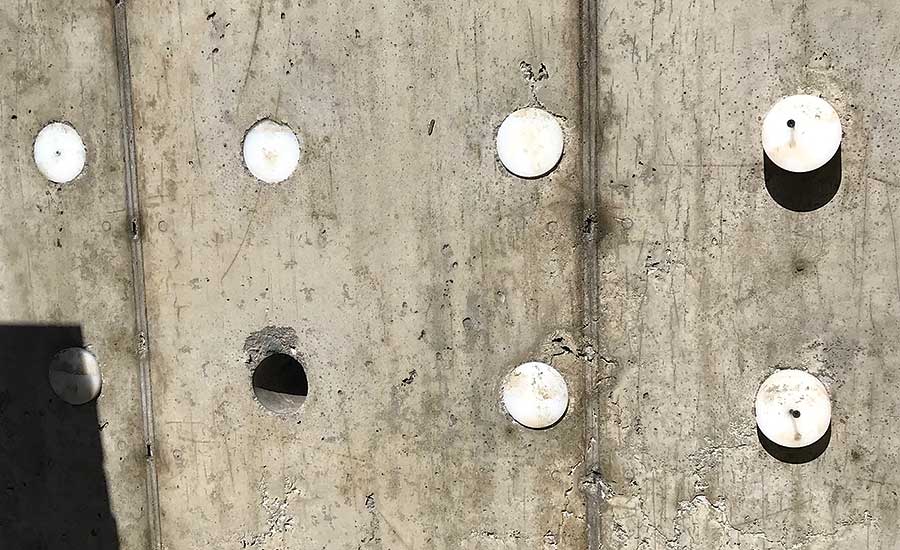 After the concrete walls had cured for a couple of days, the forms were removed, and a few light hammer taps on the end of the rods pushed them out, leaving a neatly cast hole ready for a tube and compression collar. Figure 3 shows the 8 tubes passing through their respective holes along with the compression seals that will keep any ground water outside. 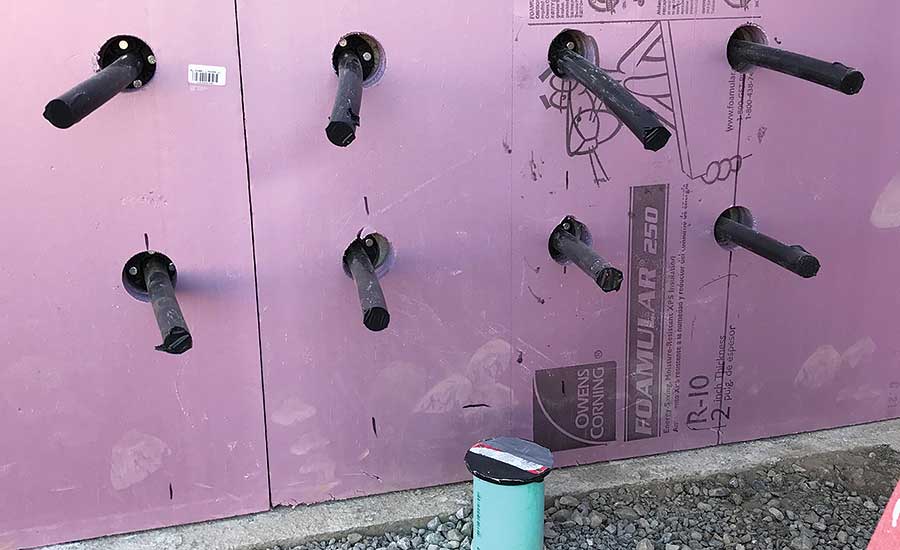 In past horizontal earth-loop installations, we’ve created “bobby pin” turn-arounds, in a vertical plane, at the end of the trench as illustrated in Figure 4. 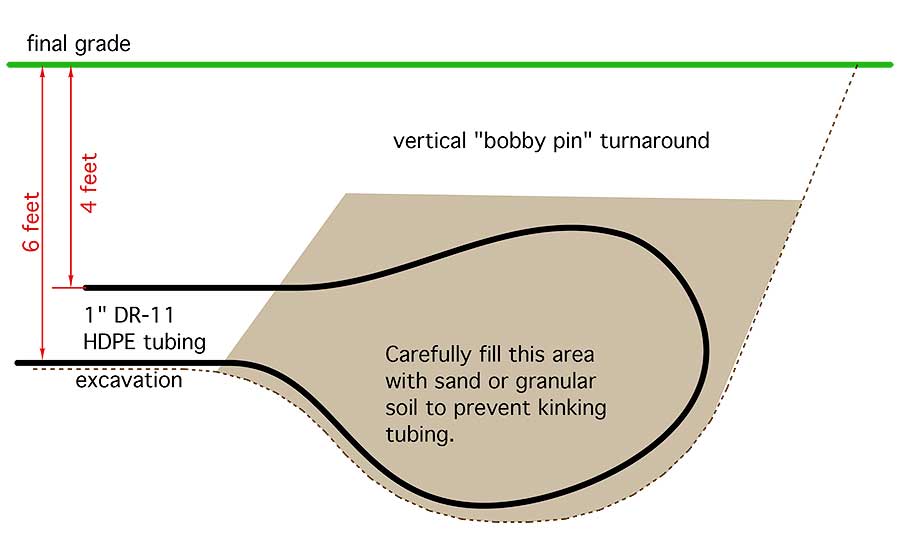 To make a “bobby pin” turn in a vertical plane and keep the tubing at a reasonable depth, it’s necessary to dig deeper where the tubing will be turned. The tubing needs to be carefully bent to form the return bends, and the area around the bends needs to be carefully backfilled with sand or granular soil, usually by hand, to ensure that the tubing is not crushed by heavy chunks of soil falling from the excavator bucket. This method works, and we’ve used it on several past projects, but perhaps there’s a better approach. 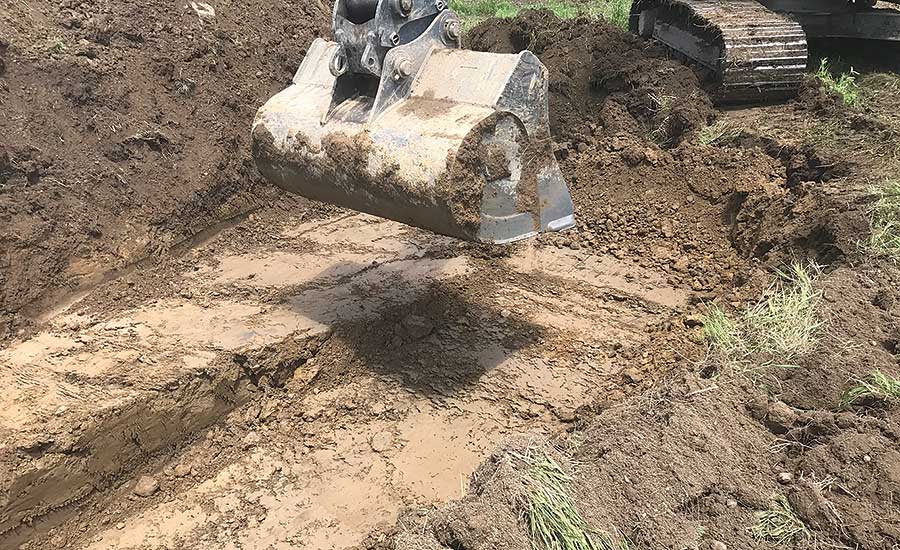 Wayne’s idea was simple: As the tubing coils are unrolled along the trench, and approach the midpoint, a shallow up-sloping ramp is created to elevate the tubing from a nominal 6 feet depth to nominal 4-foot depth. The ramp leads to a widened “U-turn” area.

Any time parallel “under and over” earth loops are used in a trench that changes direction, more tubing is required along the outer radius of the trench compared to the inner radius. In our case, this would occur at several locations, as shown in Figure 6 (on Page 20), which could lead to significant differences in the overall loop lengths. 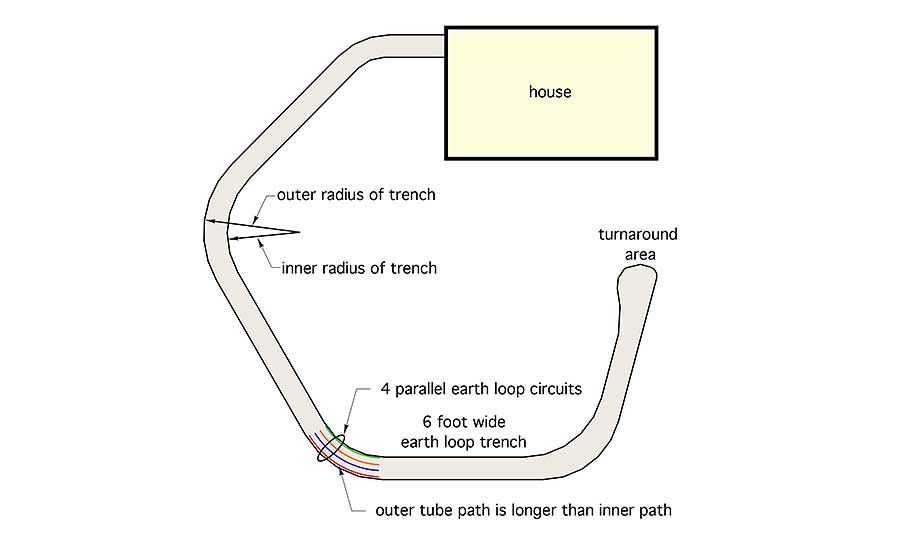 The horizontal “bobby pin” turnaround can compensate for this effect, assuming that the piping coil that runs against the outer trench wall on the outbound run is routed along the inner trench wall on the way back to the building. A similar “crossover” is created with the other tubing circuits. 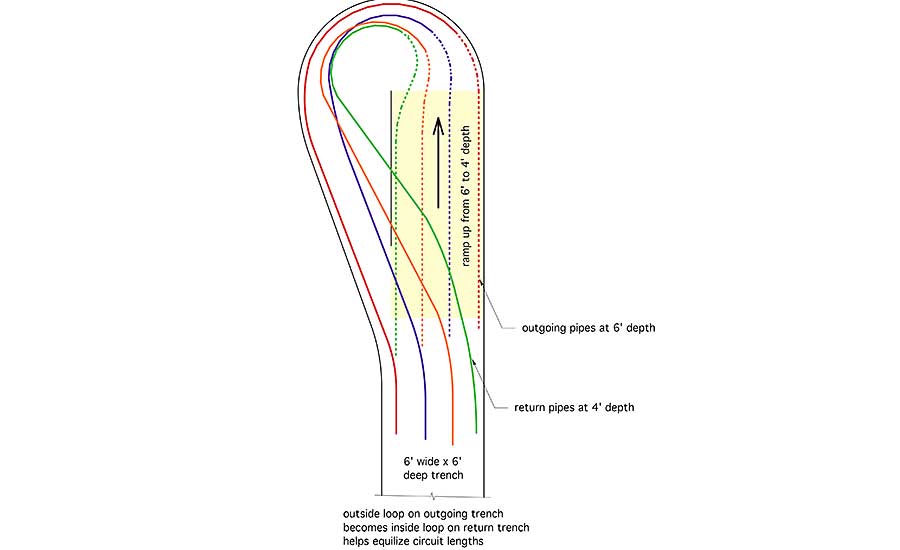 To keep the bend radius reasonable we did allow two of the piping return bends to crossover at the end of the trench. This is not a problem with 200-psi-rated DR-11 HDPE pipe. It’s a detail that occurs hundreds of times with a typical “slinky” earth-loop installation.

We kept track of piping lengths using the markings on the pipe, which are listed every 2 feet.  We played it safe, starting the turnaround about 20 feet before we theoretically had to. In the end, the four 1,000-foot coils were reduced to 4 lengths of remnant pipe, all about 60 feet long. One of these was used to connect the well to the house.

There are no fusion joints or other types of joints in any of the buried tubing.

The return tubing runs went fast. Wayne kept a “rolling edge” of backfill to lift the bottom of the ditch about 2 feet. This allowed the backfill soil to roll gently in place over the tubing without creating side forces that could have pushed the lower tubes out of their nominal spacing within the trench, as seen in Figure 8. Notice that the 6-foot depth trench was shelved on both sides so that vertical wall height was limited to 4 feet. Play it safe (and legal) when it comes to working in trenches, especially when wet clay soils are present. 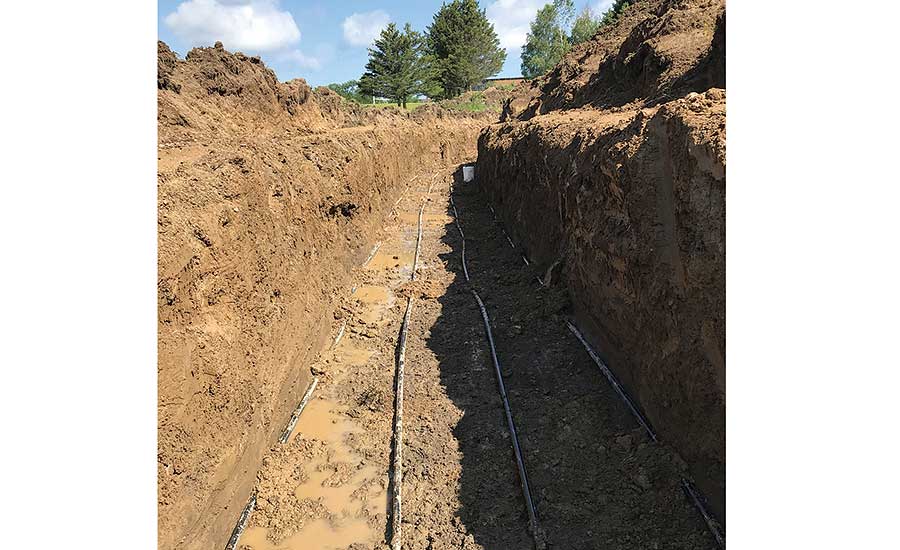 When the interior manifold is completed using 1 1/4-inch copper tubing, there will be ball valves at each end of each circuit. This allows each circuit to be purged individually, which requires far less purging flow rate compared to purging all four loops simultaneously. It also allows the possibly of isolating any earth-loop circuit, although the likelihood of having to do so is very minimal.

There are no fusion joints or other types of joints in any of the buried tubing. It’s not that I don’t have confidence in such joints — I definitely do. It’s simply that they are not necessary when using 1,000-foot coils of pipe, and an interior manifold.

My appreciation goes to Wayne Hajdasz for a well-thought-out, improved way to turn those earth loops around, and for having excavator operator skills second to none. I really think he could frost a cake with that 6-foot ditching bucket if given the opportunity.

Perhaps you can use this detail on one of your upcoming geothermal heat pump projects?