Sizing the air space in a non-pressurized drainback system

All solar thermal systems that use drainback freeze protection require a space to accommodate the water volume that drains from the collector array and its associated piping. That space also is used to absorb the increased volume of water as it is heated within the system.

When the system uses a non-pressurized thermal storage tank, the air space above the water level in the tank can handle this function. The required depth of this space depends upon several factors including:

Formula 1 can be used to estimate the change in height of water within an open storage tank based on these factors.

Formula 1 can be used to estimate the change in height of water within an open storage tank based on these factors.

∆H = the increase in water level due to expansion of system water (inches);

DH = density of water at maximum tank temperature (lb/ft3); and

At = cross sectional area of storage tank (in2).

Figure 1 shows the change in water level due to heating. 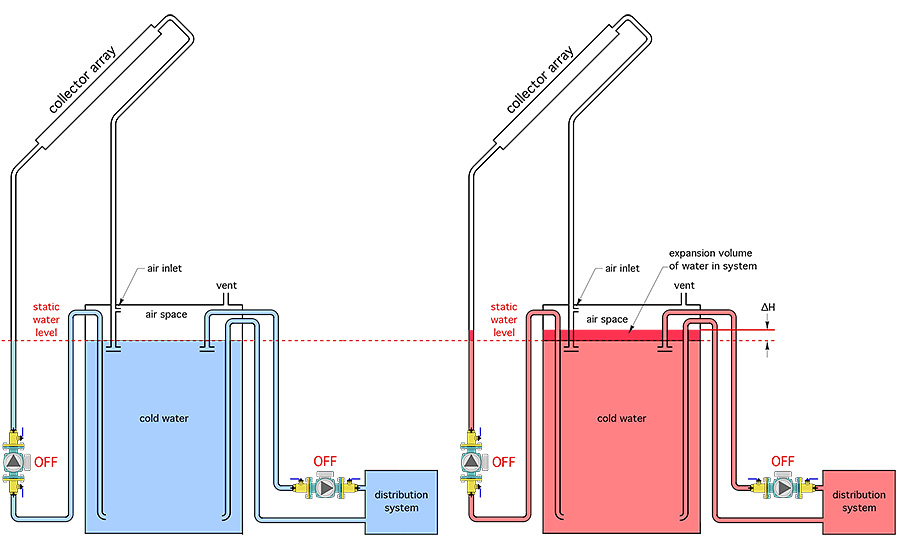 Figure 1 shows the change in water level due to heating.

Here’s an example: A non-pressurized cylindrical thermal storage tank has liner shell measuring 60 in. tall and 48 in. in diameter. It is filled with cold (60º F) water to within 6 in. of the top of the liner. The space heating distribution system is directly connected to the tank and holds an additional 50 gal. of water. The drainback solar array contains five collectors with a volume of 1.2 gal. each. There is 100 ft. of 3/4-in. copper tubing that must drain back to the thermal storage tank at the end of each collection cycle. The system controls are configured so that the maximum temperature the thermal storage tank can reach is 180º. Determine the change in height of the water in the tank when the collector array is drained and the water is at its maximum temperature.

Solution: The density of water at both 60º and 180º is required. These densities can be estimated from Figure 2. 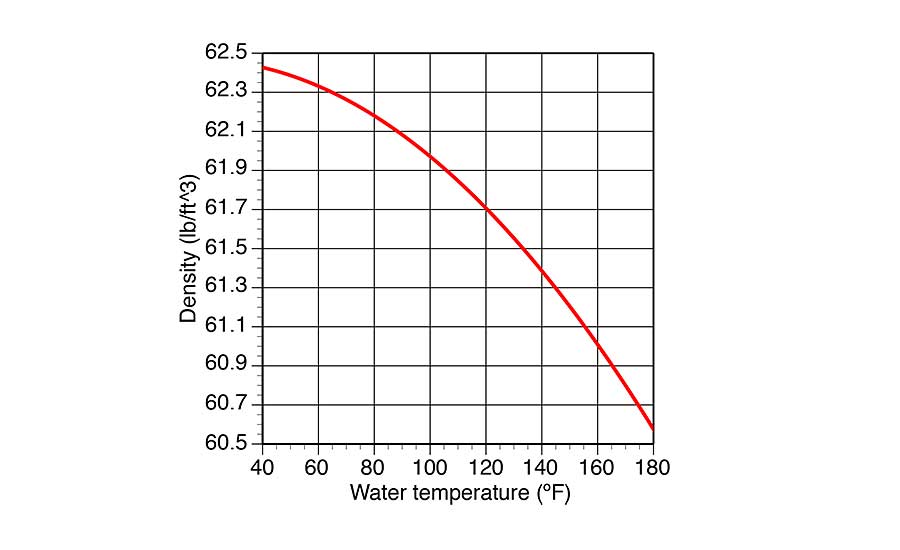 The density of water at both 60º and 180º is required. These densities can be estimated from Figure 2.

Formula 1 also requires the cross-sectional area of the tank. In this case the tank is cylindrical.

This data, and the remaining values can now be processed through Formula 1:

This data, and the remaining values can now be processed through Formula.

The estimated change in water level of 2.9 in. is conservative. It assumes that all the water in the system reaches the same maximum temperature of 180º at the same time. This is virtually impossible because of stratification within the tank and the temperature drop that must occur in any distribution system that is dissipating heat.

In systems that link the space heating distribution system to the storage tank using a heat exchanger, the volume of water in the distribution system, represented as (vd) in Formula 1, would be zero. This will reduce the change in water level.

The static water level in the tank when filled with cold water is the benchmark elevation. Prudence dictates any hardware that is not supposed to be immersed in the tank water is some margin above the maximum (system water at maximum temperature) level. I suggest at least a 2-in. margin.

Things get a bit more complicated when the drainback system uses a closed/pressurized tank. We’ll get into that in a future Renewable Heating Design column.

This article was originally titled “Room to grow” in the November 2017 print edition of PM Engineer.

To read the full article in pdf form, see here.