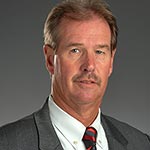 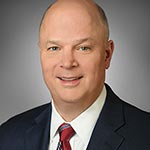 A. O. Smith Corp. announced the retirement of Eddie Goodwin, senior vice president of A. O. Smith Corp., and president and general manager of Lochinvar, will retire July 1, and Stephen O’Brien, COO, has been named the successor.

“Since joining the company over 40 years ago, Eddie’s vast experience and steadfast leadership has helped shape Lochinvar into the industry-leading, high-efficiency boiler and water heater manufacturer it is today,” said Kevin Wheeler, chairman, president and CEO. “He has built a strong team committed to designing, manufacturing and selling high quality, innovative products that meet our customer’s needs. We thank him for his vision and commitment to our customers, our employees and the A. O. Smith values over the past four decades.”

In his new role, O’Brien will build on the strong foundation Goodwin and his team have established, by implementing the strategic vision for the organization and further expanding Lochinvar’s innovative product lines. O’Brien has served as chief operating officer for Lochinvar since August of 2021 and is uniquely qualified to assume the role of president going forward. O’Brien joined Lochinvar from Mitsubishi Electric Trane HVAC US (METUS) and prior to that, worked for A. O. Smith Electrical Products Co. for 14 years before the company was sold to Regal Beloit Corp. He holds an MBA from the University of Dayton in Ohio and a bachelor’s degree in mathematics from State University of New York at Potsdam.

“With his extensive experience in the HVAC industry, his strong leadership skills and focus on customer satisfaction, Steve is the ideal person to lead our Lochinvar business unit going forward,” Wheeler added. “I am confident the transition will be seamless, and Steve’s extensive background and business development skills will further strengthen Lochinvar’s channel partnerships and our presence in the market.”

General Director and CEO of Caleffi North America, Mark Olson, noted, “We no longer are a small company. The latest appointments recognize the achievements of these veterans to date and add to our growing team of leaders and future leaders. What they all have in common is a passion for what they do and the ability to inspire others to do likewise.  They contribute greatly to Caleffi’s innovative leadership in the marketplace while creating a fun, family-type culture to be associated with.” 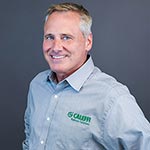 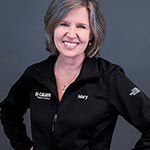 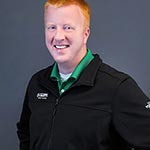 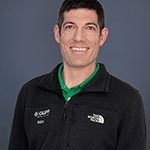 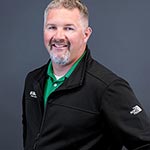 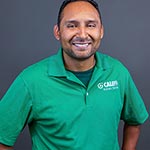 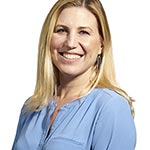 Brown and Caldwell announced Wendy Broley as its new chief technical officer (CTO) as Cindy Paulson retires after 35 years with the firm. In a planned transition, Broley assumes the role of CTO in April. Paulson will remain at the firm through 2022, serving on its board of directors and continuing to meet clients’ needs while transferring responsibilities to Broley.

Concluding an impressive and impactful career, Paulson hands over the reins to Broley, a water industry leader with over 20 years’ experience in technically-complex environmental challenges and solutions.

As Brown and Caldwell’s One Water leader, and recently as technical practices director, Broley has worked with clients throughout the integrated urban water cycle to implement alternative water supplies and contribute to diverse water portfolios amid climatic changes, evolving regulations, and population growth.

“We thank Cindy for her years of technical innovation and her impact in culturing the next generation of water leaders, helping shape Brown and Caldwell as the place to work on the most technically-complex projects,” said Brown and Caldwell CEO Rich D’Amato. “Wendy’s industry standing and strategic leadership, paired with her planning, engineering, and operations expertise, will ensure the continuation of Brown and Caldwell’s rich history of technical excellence.”

Based in San Diego, California, Broley is a licensed professional engineer and holds a bachelor’s in chemical engineering from the University of California, San Diego. She also serves as executive director for the California Urban Water Agencies. 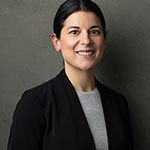 In this role, Heckman will provide a wide array of marketing and sales support across T&S, the global plumbing manufacturer headquartered in Travelers Rest, South Carolina.

“Julia started with T&S in customer service last year, where she quickly learned a great deal about T&S and serving our customers,” said Ken Gallagher, T&S vice president of global sales. “This knowledge and experience, combined with her education and work history in communications and marketing, makes Julia a wonderful addition to our sales team. I’m excited to have her on board.”

Heckman, who previously worked in various marketing, project management and operations roles, holds a bachelor's degree in communication from the College of Charleston. 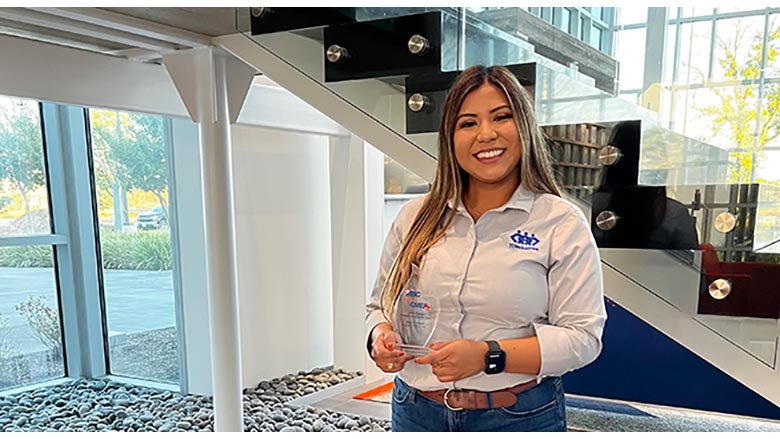 In partnership with Construction Career Collaborative (C3) and the National Association of Women in Construction (NAWIC), TDIndustries was proud to inspire and recruit the next generation of women in construction at this year’s #SHEbuildsHouston recruiting event, which was held March 3, in Houston.

The #SHEbuildsHouston recruiting event introduced young women to the craft trades through discussions with experienced tradeswomen and hands-on training with tools and heavy equipment. The event also educated young women on additional opportunities in the construction industry such as estimating, project management, visual design, modular and leadership.

“It is a privilege to lead and inspire the next generation of women who are looking to start a career in construction,” said Morgan. “We hope to see many eager faces at this recruiting event and look forward to sharing our insights from TD’s perspective.”

TD’s Flores was recently recognized as the 2021 Young Professional for the Greater Houston Area Associated Builders and Contractors organization. An inspiration to many young women in the construction industry, Flores would like to recognize her late father who worked at TD for more than 18 years and was the reason she pursued a career in construction. Flores is also a member of the Houston National Association of Women in Construction (NAWIC) Board of Directors. 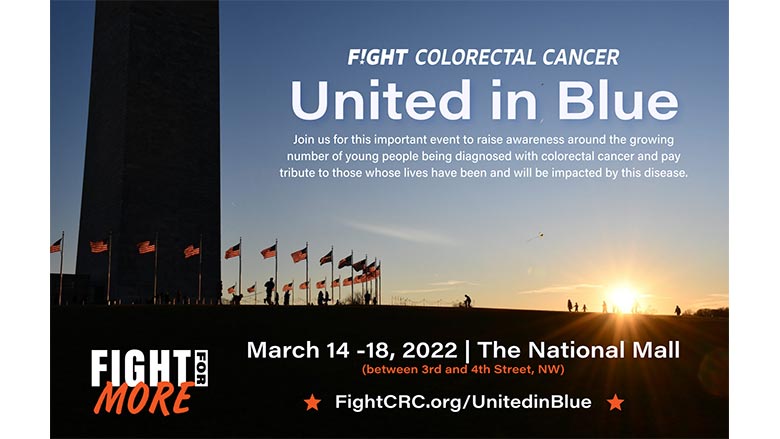 The family-owned manufacturer donated 100 toilet seats that will be displayed on the National Mall in Washington, D.C., as part of Fight CRC’s United in Blue installation. Each seat will display an awareness fact or statistic about the disease, which is the second-most fatal cancer in the U.S.

The seats will surround more than 27,000 blue flags on the National Lawn, each of them symbolizing a projected case of colorectal cancer in someone under age 50 by the year 2030.

The non-profit advocacy organization is hosting the first-ever installation for colorectal cancer on the National Mall to gain attention from lawmakers about the fact that colorectal cancer is projected to be the No. 1 cancer killer among those ages 20-49 by 2030. There is an urgency to fund more research to uncover groundbreaking treatments to save lives.

“As a manufacturer of toilet and bidet seats, we produce a type of product that people sometimes don’t want to openly talk about because of its private nature,” said T.J. Stiefvater, director of marketing for Bemis. “The same can be said for colorectal cancer. We feel strongly about shining a light on it and helping raise awareness about what can be done to alleviate the suffering it causes.”

Contrary to what most people believe, colorectal cancer is not an “old man's” disease. One in 23 men and 1 in 25 women will be diagnosed with this type of cancer in their lifetime. In 2022, the American Cancer Society estimates there will be 106,180 new cases of colon cancer and 44,850 cases of rectal cancer.

The exhibit will be in Washington, D.C., from March 13-18. To learn more about colorectal cancer, visit www.fightcrc.org. 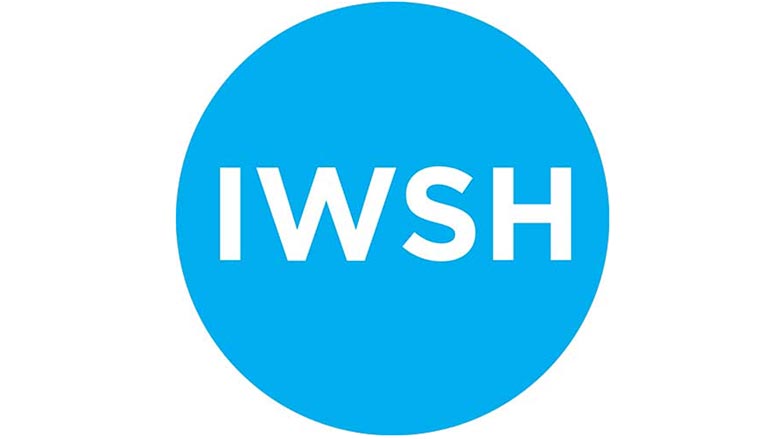 Ferguson, a value-added distributor in North America providing expertise, solutions and products from infrastructure, plumbing and appliances to HVAC, fire, fabrication and more, and Uponor North America, a global manufacturer of intelligent plumbing and climate solutions, have both announced their continued support for the International Water, Sanitation and Hygiene Foundation’s (IWSH) Community Plumbing Challenge (CPC) program, the most recent of which begins this month in Lowndes County, Alabama.

IWSH’s latest CPC effort is a collaboration with the Black Belt Unincorporated Wastewater Program (BBUWP) and LIXIL to provide plumbing repairs and upgrades for five homes and develop a framework for ongoing plumbing industry support to the BBUWP. The weeklong project will address a critical issue for public health and safety in the surrounding community, where many low-income homeowners are unable to afford an on-site sewage disposal system, instead resorting to straight piping, which releases sewage above ground.

In cooperation with its nearest branch — in Montgomery, Alabama — Ferguson is generously donating all necessary plumbing products for the project, while Uponor is providing monetary support toward the new program.

“It’s unfathomable to think about the more than 2 million Americans living without access to clean water and proper sanitation,” said Denise Vaughn, Ferguson’s vice president of Environmental, Social & Governance (ESG). “We are honored to partner with IWSH, Uponor and LIXIL, along with many talented and kind plumbers, to bring this project to life in Alabama. This is just the beginning — and we know that, with the leadership and vision of IWSH, change is on the horizon for many other communities, too.”

“We are honored to be able to support IAPMO/IWSH in their important work alongside a valued partner like Ferguson,” said Ingrid Mattsson, director of Brand and Sustainability for Uponor North America. “Uponor has a long history of supporting plumbers in their role of providing health and safety to the nation and I’m happy to hear that Lowndes County, Alabama, will benefit from this collaboration.”

IWSH greatly appreciates the support and sponsorship of a multitude of leading plumbing industry organizations, from sectors including labor, manufacturing and supply. More details of current IWSH Global Partnerships may be found at https://iwsh.org/iwsh/get-involved/sponsors.

“Bringing together the expertise of the plumbing industry to address this need demonstrates our commitment to begin to solve a long-standing issue in Lowndes County,” said IWSH North American Program Director Jed Scheuermann. “We are grateful to Ferguson, LIXIL, Uponor and United Association locals in Alabama who join us in our latest Community Plumbing Challenge. Despite various challenges, we team up with support and guidance from community and state  officials. Given March 11 is World Plumbing Day, our CPC could not be more perfectly timed to draw attention to how plumbers protect the health of the world!”