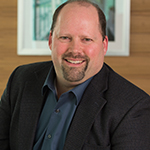 Mueller Associates, an award-winning mechanical, electrical, and plumbing engineering firm, announced that Todd Garing, PE, LEED AP BD+C, has been named president effective Jan. 1, 2022. Garing joined the firm in 1993 and has served as vice president and group manager since 2007.

In the company’s long-planned leadership transition, Robert Marino, P.E., who has served as president since 2006, will continue as chairman of the board.

Garing has been at the helm of many of the firm’s most significant engineering projects, including the massive modernization of the National Air and Space Museum (NASM) in Washington, D.C., now under construction for the Smithsonian Institution. He has also served as principal-in-charge overseeing the historic restorations of the National Academy of Sciences on the National Mall and the Enoch Pratt Library in downtown Baltimore. He has managed large-scale new projects for many of the area’s leading higher education and academic institutions, from George Mason University, Virginia Commonwealth University and Virginia Tech to nearly every institution within the University of Maryland higher education system.

His portfolio also includes the modernization of the historic Walters Art Museum in Baltimore, a phased renovation that occurred while the museum remained open. Other signature projects include the LEED Gold Thomas Jefferson Visitor Center at Monticello in Virginia; the award-winning Performing Arts and Humanities Building at the University of Maryland, Baltimore County; the Academic Commons at Salisbury University in Maryland; and the renovation of the Eisenhower Theater at the John F. Kennedy Center for the Performing Arts in Washington, D.C.

Garing’s proficiency in managing challenging projects has helped garner multiple regional and national awards for the firm, Mueller noted. He has presented at numerous industry conferences, and has been widely published on building system trends and innovations, including the latest advances in sustainable design and high-performing buildings.

“Mueller’s future is in excellent hands with Todd,” Marino said. “As a young engineer, Todd came to Mueller with a wealth of knowledge from his years of working in his family’s mechanical contracting business. It was clear from the beginning that he was suited for big challenges. He has taken on some of the toughest projects in the industry. Clients, from architects to building owners to facility managers, trust and respect him, and his reputation is well deserved.

“Throughout his career at Mueller, Todd has served as a mentor to aspiring engineers. He leads and inspires others through his commitment to service and knowledge-sharing. I’ve witnessed Todd’s impact on our staff first-hand. I know that his dedication to advancing engineering doesn’t end with the building’s completion. Todd inspires and challenges the next generation of engineering leaders to design a more sustainable environment that enhances the greater good of our communities.” 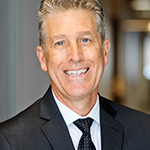 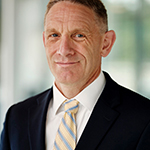 “I am privileged to take on this role and confident that Nik and I will build on the firm's success,” said Parker. “SGH has the strong core values, technical expertise, and thriving community to deliver exceptional results for our clients and be the premier community for exceptional engineering talent.”

“With our collective expertise and thought leadership, we are eager to continue advancing SGH in the marketplace and seeing what our talented technical professionals can accomplish with our client partners,” said Vigener.

Parker and Vigener have enjoyed a successful partnership for several years as SGH’s technical group heads, with Parker serving as head of structural engineering and structural mechanics, and Vigener as head of building technology. Together, they established the overall strategic direction and standards for technical excellence for their respective groups and will look to further those efforts as they lead a combined technical and operational organization. Both leaders have longstanding careers at SGH and bring diverse technical experiences and award-winning project achievements to their new roles. Parker and Vigener are also vocal mentors, focused on encouraging and developing future leaders at SGH.

The Copper Development Association announced the appointment of Andrew G. Kireta, Jr. as the association’s next president and CEO, effective Jan. 1, 2022. He succeeds Thomas S. Passek, who will retire at the end of 2021 after nearly seven years with the organization.

“The Copper Development Association Board of Directors is thankful for the nearly seven years of thoughtfulness, balance and skill with which Thom led the organization. He has encouraged and stimulated member engagement, navigated the organization through a period of significant change and created a culture of staff support and growth. He has left his mark and we wish him the best in his future endeavors,” said Devin Denner, chairman of CDA’s Board of Directors and president of Wieland Chase. “We’re confident that Andy will continue to lead CDA and its member companies forward to a position of strength and resilience, necessary for bringing the value of copper and its alloys to society.”

Kireta brings nearly 30 years of copper industry experience to the role. He has been with CDA since 1992, having previously served multiple roles in market development, strategy and organizational management in regional and national roles, most recently as vice president of market development across all copper and copper alloy product and market areas. In addition, Kireta has served in various team roles with the International Copper Association, including time as the leader of the global strategy team, and as a board member with various roles on the executive committee of ASTM International, including a term as the 2020 chair of the board.

“Andy has immense knowledge of copper markets and the opportunities and challenges associated with copper use. He is well-known throughout the industry and has the respect and trust of the CDA staff team,” Passek said. “His support and leadership during my seven years shows his character and confirms that he is ideally placed to take on this new role.” 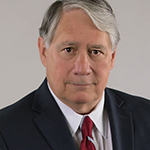 The Valve Manufacturers Association of America elected the 2021-2022 board of directors, following the announcement of the slate of candidates at its Annual Meeting, which took place in October. VMA’s chairman of the board for the 2021-2022 year is Ron Warren, president/COO of Bray International, based out of Houston.

“Our job is to work together to grow the industry and, as VMA members, we must be more inclusive in growing our membership and be more effective in how we use our united industry voice,” Warren said. “Bryan Burns of DeZURIK served during the challenging first part of the pandemic as chairman and Arie Bregman of DFT has done a great job during the remainder of the pandemic. Nathan Burnell of Baker Hughes worked closely with our VMA president and members of the strategic planning committee to write a detailed, three-year strategic plan. Because of the work of these members and our board of directors, I believe the organization is stronger, better organized and on the precipice of great growth going forward. Our responsibility for the coming should be to enact the new adopted strategic plan.”

Matt Theil, president, AUMA Actuators, will serve as the 2021-2022 vice chairman of the board and treasurer. Other members of the VMA Executive Committee include:

In addition to the executive committee, the following VMA members are returning as board members:

The board of directors also approved Danilo Garcia, president, RF Valves, to the board, serving a three-year term. Garcia has more than 20 years of management, sales and engineering experience in the valve and industrial markets, with a focus on mining, industrial, municipal, chemical and power. Garcia became president of RF Valves in 2013, after serving in sales roles for three years. Prior to that he was with General Electric, Dresser-Masoneilan, Synqor and Maritech.