This month marks the 28th anniversary of the founding of PM Engineer magazine. The magazine was started by four individuals: George Zebrowski, my publisher; Tim Fausch, the group publisher; Jim Olsztynski, my editor; and myself, the plumbing/mechanical engineer. Our concept was to create a new magazine addressing the wet side of plumbing and mechanical engineering.

Of the four individuals that started this magazine, I am the only one left. The other three are enjoying their retirement or other endeavors after many years of serving this industry.

As we sat in that room discussing a new magazine, I kept emphasizing that I am an engineer, not a writer. They all told me to knock it off since I had been writing two columns a month for the previous three years. By the end of the meeting, I was named the editorial director for the new magazine (name to be determined, but we sure liked PM Engineer).

It became my job to mold the persona of the magazine. The editorial director was responsible for finding people to write columns and feature articles. In addition, I was required to write a column and feature article in each magazine for the first two years.

At the next meeting of Plumbing & Mechanical magazine, our sister publication, I said to Dan Holohan, “You’ll be writing a monthly column in PM Engineer.”

Dan looked at me and said, “I don’t know engineers. I’m the guy that is always complaining about the screw ups by engineers.” 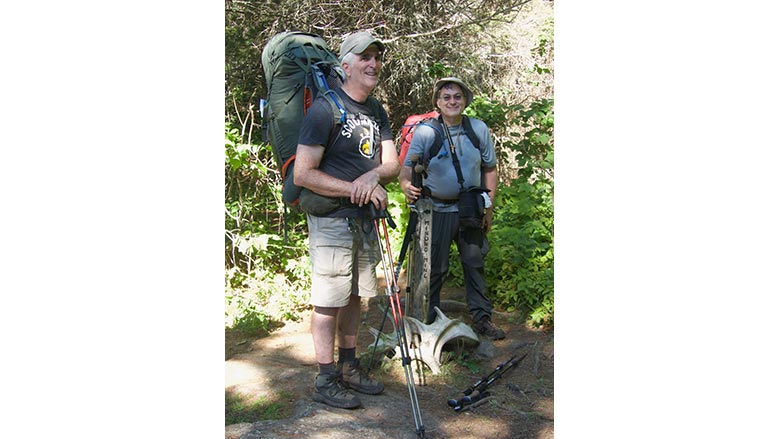 I responded, “Then write about engineering screw ups and how they should do it correctly.” As a result, Dan has been one of the most-read monthly columnists from the very beginning.

The magazine created many interesting new concepts for an engineering trade publication. Some ideas have lasted, others have run their course. When other magazines copy an idea, you realize that you came up with a good concept.

Other ideas sometimes do not work out, as well. I thought it would be interesting to have a feature a few times a year called, “Point/Counter Point.” If you are wondering, yes, I stole the idea from “Saturday Night Live.” The feature started out OK, until some of the topics got way too controversial. My publisher called and said, “I think we’ve seen enough of Point/Counter Point.” I had to agree with him.

Working with numerous editors and publishers has been a pleasure for the last 32 years. They have all been great. Of course, I have to mention my best editor, my wife Judie. Since day one, she has edited my columns and features and makes me sound intelligent.

You always remember your first editor. I was lucky. John Schweizer was a great editor who taught me how to write a monthly column. He emphasized that I am writing an editorial, I am not a reporter. Then he informed me that if you cannot get a reader hooked within the first two paragraphs, they are not going to read the remainder of your column.

He told me that it is good to sound controversial at the start or within the headline. Then write what is going on but be sure to throw in your twist. If something is wrong, give the reader your opinion as to how to make it right.

However, it did get to the point where the magazine added a disclaimer at the end of my column. That disclaimer reads, “The views expressed here are strictly those of the author and do not necessarily represent PM Engineer or BNP Media.” I’m the only columnist that has a disclaimer appear in every issue. I still don’t know if I should be proud to have a disclaimer, or insulted.

My monthly columns became more controversial than they really were. I received many nasty “Letters to the Editor” about how stupid or wrong or misleading my column was. Editors actually like letters to the editor since it means people are reading the magazine. I was never offended by any of the letters. However, it did get to the point where the magazine added a disclaimer at the end of my column. That disclaimer reads, “The views expressed here are strictly those of the author and do not necessarily represent PM Engineer or BNP Media.” I’m the only columnist that has a disclaimer appear in every issue. I still don’t know if I should be proud to have a disclaimer, or insulted.

My alleged controversies have resulted in many funny stories. I was the guest speaker at a joint meeting of engineers and contractors. After my presentation, one of the contractors came up to me and said, “I have been reading your columns for years and always thought you were an SOB. But it turns out you’re a nice guy. Why do you write like that?”

I had to laugh and responded, “If I didn’t write like that, you would not have read my columns. I’m just trying to get you to think.”

As a curious engineer, I liked to write about the where, why, and when of requirements in our profession. For example, why are the rails for a railroad spaced 4 feet, 8-1/2 inches apart? Every mechanical engineer has heard that story. An article I wrote more than 30 years ago, explained why 3/4-inch steel pipe has an inside diameter of 0.824 inches. Blame it on Robert Briggs of Pascal Iron Works, who in 1862 wrote the first set of standards for iron (steel) pipe.

My goal was to place you inside the meeting room when good or bad decisions were made. This gives you an understanding of how our system of codes and standards really works. For many years, you have been kind enough to read my columns.

There comes a point when you realize that it is time to pass the torch. When I first started writing, the reader survey results had my column in the top three as most read. For the past few years, the survey results don’t even include my column.

At the start of the new year, it is a time for “in with the new and out with the old.” I am old, and it is time for me to get out. This June I turn 70! I want to spend more time with my five beautiful grandchildren. I also want to have more days on the ski slopes with family and backpacking with my hiking club. I will not be completely retiring, but I will end my monthly column. Nicole may allow me to write an occasional column in the future.

If I have offended you over the years with my writing, I apologize, that was not the purpose of my columns. If I got you to think, great! That was my purpose! I never wanted all of the readers to agree with me. That would result in a boring world. I just wanted you to develop your own opinions and express them freely.

Most people never get the opportunity that I have had. For that, I am very grateful. It has been a fun ride.

The views expressed here are strictly those of the author and do not necessarily represent PM Engineer or BNP Media.

Editor’s Note: Those of us at PM Engineer and BNP Media would like to thank Julius for his many years of service in the plumbing industry and to our publication. While we are sad to see him go, we wish Julius the best of luck in his retirement. After all, this is the plumbing industry — just when you think you’re out, we pull you back in. We’ll see him again within the pages of PM Engineer in the future!

Julius Ballanco, P.E., CPD, F-ASPE, is president of J.B. Engineering and Code Consulting, P.C. in Munster, Ind. He can be reached at by email at jbengineer@aol.com.