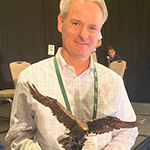 Matt Kozak, vice president of sales for Bradford White Water Heaters, has been named the 2021 recipient of the prestigious Golden Eagle Award by the Association of Independent Manufacturers’ Representatives (AIM/R).

“AIM/R provides valuable resources on issues such as succession planning, sales techniques and running a solid business, all of which are of vital concern to their manufacturer partners,” Kozak said. “The support and tools offered by AIM/R enable reps to improve their business practices and strengthen the partnership and communication between reps and their manufacturers. We are such big believers in the group’s value that Bradford White strongly encourages all of our reps to belong to and be active in AIM/R.”

“Those who have previously been honored with the Golden Eagle Award have set the bar very high,” Kozak said. “Those leaders set the tone for how Bradford White as a company views and treats its reps, and I am pleased to be carrying on that tradition. We continue to only sell through wholesale and we use manufacturers’ reps as a conduit to our wholesale customers and their customers. Our reps are a huge part of who we are. They represent our company, they are our salesforce, and they have daily interactions with our customer base, whether it's with our product line or one of the others they represent. We treat our reps like family because if we do our job and take care of them, they will take care of us.” 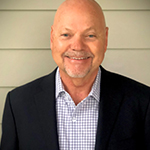 A. O. Smith Corp. announced the retirement of Rick Hawk, vice president of wholesale sales at A. O. Smith North America Water Heating (NAWH). Hawk has will remain with A. O. Smith through March 2022 to aid in the transition.

“Since joining the company over 40 years ago, Rick’s vast experience has helped shape A. O. Smith into the customer-focused organization it is today,” said Dave Warren, president and general manager — NAWH. “He has developed and mentored a sales team committed to meeting our customer’s needs and achieving the company’s goals and objectives. We thank him for his leadership and dedication to the company, and his friendship will be missed.” 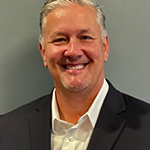 Chuck Dean
Chuck Dean, regional vice president of sales — Western region, has been named as Hawk’s successor, effective immediately. Dean joined the company in 2008 as national accounts manager, before being promoted in January 2020. He earned his bachelor's degree in public relations from Middle Tennessee State University and master's in organizational management from Trevecca Nazarene University.

“In his 13 years with A. O. Smith, Chuck has proven to be a strong leader, taking on larger roles within the sales organization,” Warren said. “In this new role, Chuck will continue to provide leadership with an intense focus on serving our wholesale customers across the U.S.”

David Flores, regional sales manager – Western region for A. O. Smith’s Lochinvar business unit, has been promoted to regional vice president of sales — Western region for NAWH. Flores brings 17 years of sales leadership experience from Lochinvar, the last 12 of which in the western U.S. He earned his bachelor's degree in industrial distribution from Texas A & M University. 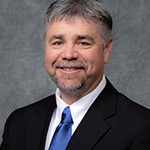 Viega Manager Daniel Rademacher has won the PMG Leadership Award from the International Code Council for his work in training and educating plumbing professionals around the world.

Rademacher, who is the Trades Education Network program manager for Viega, was given the award at the ICC’s annual meeting Sept. 18-28 in Pittsburgh, Pennsylvania. The award is given each year to an individual or organization for exceptional service to the plumbing, mechanical, fuel gas and swimming pool/spa (PMG) industry.

“Dan’s passion for providing relevant and engaging learning opportunities so that plumbing professionals can achieve their career goals, no matter where they are located, is unmatched,” ICC stated.

“I’m humbled to receive this award from the ICC, an institution which has done so much to advance plumbing and promote the well-being of people around the world,” Rademacher said. “And I’m proud to be able to introduce safe plumbing practices where they are needed most.”

This is only the latest industry honor for Rademacher. Last year, he was elected vice president of the board of directors of the American Society of Sanitary Engineering – International. In 2019, he won a World Plumbing Council Education and Training Scholarship to travel to Rwanda for the purpose of developing and contributing further plumbing industry knowledge. Also, he was the International Association of Plumbing and Mechanical Officials (IAPMO) Industry Person of the Year in 2014. The Joseph Kneidinger Sustainability Professional of the Year Award is presented to the professional that best fulfills or symbolizes the commitment to environmental sustainability. The nominated professional must be an IAPMO member.

The board selects the recipient at its spring meeting and is presented at the IAPMO annual education and business conference.

“I am honored to receive this award,” Kendzel said. “I have spent almost my entire career devoted to the development of codes and standards that have a positive impact on public health and the environment, and have been involved in sustainability activities going back to when we were trying to define the term. To join the community of past award winners is humbling.”

Kendzel most recently worked with a group of committed IAPMO volunteers as the chair of the WE-Stand Alternate Water Source Task Group, which led to critically needed revisions to the WE-Stand model code covering black water and storm water recycling systems.

“I accept this award on behalf of my children and grandchildren which is why we devote our efforts to environmental sustainability,” Kendzel added.

IAPMO CEO Dave Viola noted IAPMO leadership recognized the enormous contributions Kendzel has made to the industry and specifically to WE-Stand.

“The task group leadership Jim provided was extremely valuable and appreciated,” Viola said. “The work will be the foundation for our industry’s contribution to ensure we meet all the environmental challenges ahead of us. IAPMO thanks Jim Kendzel for his work and dedication and congratulates him on this well-earned recognition.”