Morris Beschloss
KEYWORDS control valves / fittings / piping
Order Reprints
No Comments
With the traumatic impact of outsourcing jobs and production, especially by America’s manufacturing giants, it may come as a surprise to many that the United States is still the world’s No.1 generator of manufactured goods production at $1.8 trillion annually. 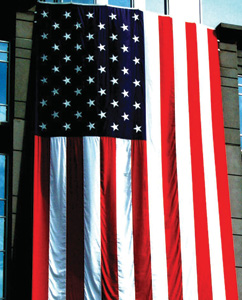 The misconception of America rapidly becoming a nation of “hamburger flippers and insurance salesmen” is a misplaced parody of the United States of yesterday’s loss of dominant steel production, textiles, leather, electronics, etc. This has been turned on its head by a comprehensive essay in the December 2012 issue of Atlantic Monthly tracking the current insourcing turnaround to the evolving cost factors of secure product quality, transportation costs, and the accelerating evolution of technology and changing customer demand tastes.

In the wake of the BP drilling rig failure in the Gulf of Mexico almost 18 months ago that resulted in untold billions of dollars in penalties and losses, this unfortunate incident has added to the importance of “ultimate responsibility” by the “frontline” installer and ultimate user.

Added to these changing circumstances are both escalating and time-consuming overseas transportation costs, plus the shrinking of direct labor costs that have actually dropped in the United States, but quintupled in China during the last 10 years. In the case of high technology, the imbalance has grown even tighter as the cost of labor in finished goods continues to be less important as part of the total price picture.

The most surprising fact in the Atlantic Monthly article is that GE, universally derided as the “champion of outsourcing,” has taken a leadership role in reopening production facilities in this country.

Although dismissed by some as a public relations gesture due to CEO Jeff Immelt’s previous collaboration as the White House chief of nonexisting domestic job creation, the GE insourcing turnaround is primarily due to the rapid need for constant product innovation and the shift to just-in-time inventory control. This is made almost impossible by today’s multimonth delivery time and the volume of purchases necessary from abroad to achieve a satisfactory cost preference. Other major American multinationals are indicating a similar predisposition.

In a finding that could help create a major industry of natural gas exports for the United States, a government study released in early December concludes the expansive economic benefits of aggressively growing natural gas exports far outweighs both soaring energy prices and potential climatic dangers that could cause additional ecological problems.

The study, prepared by NERA Economic Consulting for the U.S. Energy Department, states domestic prices would not rise sharply as a result of these outbound shipments.  It further adds revenues from such exports would generate billions of dollars of badly needed new funds for the U.S. Treasury.

Energy companies have proposed more than a dozen projects to export gas in liquefied form to Europe and Asia where the fuel is typically three to four times more expensive than in the United States. The Obama administration has been cautious on whether to embrace large exports of gas out of concern consumers who rely on gas for heating and cooking could see a rise in utility prices.

Higher exports also could raise costs to manufacturers that now benefit from the nation’s glut of cheap gas, such as chemical and fertilizer manufacturers. Not included in the study is the intense counterpressure by the U.S. Environmental Protection Agency that has already scuttled the trans-American Keystone XL oil pipeline and has threatened to bankrupt coal.

But the huge gas export terminals, which cost billions to set up, also would generate many thousands of construction jobs, spur further development of natural gas fields and generate desperately needed multibillions of export earnings.

The administration has so far only approved one export terminal to be built by Cheniere Energy in Louisiana. The White House had claimed it was waiting for the results of the economic study before making decisions on the rest of the projects. Now that the report has been finished, most observers are hoping that more projects will get the green light. It really depends on whether President Obama will again cave under EPA pressure.

The report also finds higher exports would generate unprecedented economic benefits. Noting gas exports could produce up to $47 billion in new economic activity by 2020 when many new terminals would already have been built, the report concludes the current static economy would receive inestimable benefits for America’s population at large.

Liquid natural gas exports would be one of the few major profit windfalls by which to massively move the country’s ailing economy to aggressively tackle the nation’s current search for monetary liquidity to help solve the ongoing debt/deficit problems.

Although it’s doubtful that one score of years having been reached in 2013 will be greeted with fireworks, balloons and round-the-clock celebrations, the overwhelming conclusion seems that the North American Free Trade Agreement, championed by the U.S., Mexican and Canadian governments alike, can be considered a resounding success.

Despite being overshadowed by the ongoing drug wars, Mexico’s economy has flourished substantially since NAFTA’s consummation. In fact, this has led to the formation of a sizable middle class in the past decade, the first time that’s occurred in Mexico’s history. A vastly increased import-export trade with the United States in the context of NAFTA has catapulted Mexico into the status of a near trillion-dollar gross domestic product, a rarity among developing nations. Along with Brazil, Mexico is only one of two Latin American nations to achieve that status.

Enhancing its doubling population in less than 50 years (to about 115 million), Mexico also has been blessed with major offshore oil discoveries, as well as rare metals (primarily silver) and a variety of natural resources found in its ample mountainous areas. The creation of jobs, despite its accelerated growth population, has absorbed enough personnel power overflow to diminish the record border crossings into the U.S. This has somewhat lessened the illegal immigrant problem that continues to mar U.S.-Mexican bilateral relations. The Maquiladoras (tariff-free U.S. industrial production zones south of the border) have continued to expand from their previous existence before NAFTA.

Canada, the world’s second-largest land mass after the huge acreage of Russia, has a minuscule population — less than California — with only 36 million occupants concentrated within less than 200 miles of America’s northern border. It is an example of the combination of good provincial and federal governments utilizing some of the world’s most prolific resources. Included are a vast array of gold, silver, uranium and an assortment of rare metals, plus oil and natural gas, which includes the world’s greatest reserves of tar sands (shale containing oil). All these resources propel thinly populated Canada and its multiple Atlantic to Pacific time zones into one of the world’s greatest oil exporters, with a reserve potential rivaling Saudi Arabia.

How fast (or if) this will occur is America’s overall declaration of a broad policy spectrum that was to be unveiled shortly after the installation of the new Congress and the presidential inauguration last month.

Only minimal gains coming in nonresidential sector in 2014

Commercial building loans on a roll

Commercial and industrial building on the rise

Commercial and industrial building on the rise

Looking into the future