I recently received a request for assistance on an interesting project in Alaska. The owner was installing a floor-heating system that would be supplied from a propane-fired mod/con boiler as well as a cordwood gasification boiler.

The owner wanted to use heat from the cordwood gasification boiler, when available, to heat the barn and the house. The mod/con boiler would serve as the auxiliary heat source for both the house and the barn during times when the cordwood boiler was either off or unable to meet the load.

Although this is a pretty simple objective, it’s not a “routine” installation. Heat would need to flow in both directions through insulated underground piping between the two buildings.

Other considerations included the fact that water heated by a cordwood boiler often is much hotter than required by floor-heating circuits. The water temperature from the cordwood boiler also would vary over a wide range, depending on its firing status.

The piping concept I suggested for this system is shown in Figure 1. 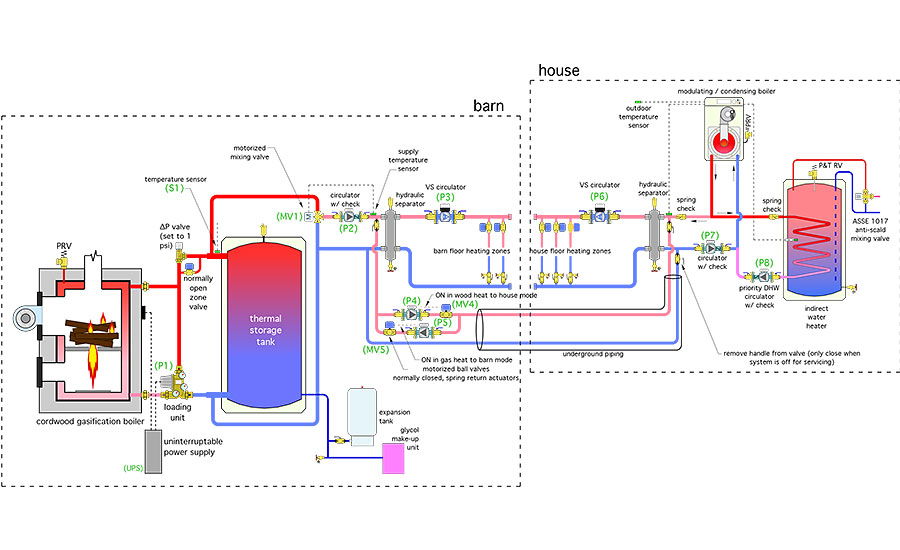 Figure 1. Domestic hot water is provided by an indirect water heater that’s operated as the priority load on the mod/con boiler.

Let’s examine this system starting on the house side. When the mod/con boiler needs to supply heat to house zones, it operates based on outdoor reset control. Circulator (P7) provides flow between that boiler and a hydraulic separator. The latter isolates the pressure dynamics of circulator (P7) from those of the variable-speed pressure-regulated distribution circulator (P6). It also provides air, dirt and magnetic particle separation in this portion of the system. The speed of circulator (P6) changes to maintain a set differential pressure across the distribution headers as the zone valves in the house open and close.

The cordwood gasification boiler is manually fired. It cannot be turned on by a call for heat from a zone thermostat. Instead, the person responsible for the boiler needs to monitor the temperature of the thermal storage tank at least once per day, take into account the likely heating demand over the next 12-24 hours and fire the boiler accordingly.

Cordwood gasification boilers produce their highest efficiency and lowest emissions when “batch fired.” Once a small fire is kindled and some coals have formed, the upper combustion chamber is completely filled with cordwood and the boiler’s blower is turned on. The objective is to incinerate the chamber full of wood as quickly as possible and dump the resulting heat to the load or into thermal storage. The high rate of combustion can produce secondary combustion chamber temperatures in excess of 2,000° F, which minimizes emissions and produces average burn-cycle efficiencies in the range of 70-75%.

The loading unit between the cordwood boiler and thermal storage tank contains a high-flow capacity thermostatic mixing valve and a circulator. Its purpose is to keep the inlet temperature to the cordwood gasification boiler above 130° whenever possible. This prevents sustained flue-gas condensation, which could otherwise cause severe corrosion of the steel boiler and its venting system. When necessary, the loading unit mixes some of the hottest available water leaving the boiler with cooler water returning from the load or the lower portion of the thermal storage tank.

The Delta-P valve seen between the cordwood gasification boiler and thermal-storage tank is set for a forward-opening pressure of 1 to 1.5 psi. That’s sufficient to prevent cool water returning from the load from migrating through the boiler when it’s off. It’s also low enough that the Delta-P valve immediately opens when the loading unit circulator starts. The Delta-P valve also prevents forward or reverse thermosiphoning between the thermal storage tank and boiler when the loading unit circulator is off.

The schematic also shows an (optional) uninterruptible power supply (UPS) that could be installed to keep the circulator in the loading unit operating for a nominal 30 minutes into a power outage. This is not an essential component given the other details for moving residual heat from the boiler during a power outage, but it’s a relatively simple and inexpensive adder that I recommend in situations where power outages are common.

Circulator (P2) draws hot water from the biomass boiler or thermal storage tank through a motorized 3-way mixing valve (MV1). The controller operating this valve could be set for the design-load supply water temperature required by the floor-heating circuits. It also could be set to operate using outdoor reset control. In either case it reduces the temperature of what could be very hot water coming from the biomass heat source to a value suitable for the floor-heating circuits. Keeping the mixing valve on the cordwood boiler side of the system also allows the underground piping to operate at the lower temperatures, which reduces heat loss to the ground.

The hydraulic separator to the right of circulator (P2) provides the same functions as the hydraulic separator in the house. These include isolating the pressure dynamics of circulators (P2) from those of (P3), as well as the pressure dynamics of (P4) or (P5) from those of (P2) and (P3). This separator also provides air, dirt and magnetic particle separation for the barn portion of the system.

The barn also is heated by floor circuits supplied through zone valves. Flow is created by a variable-speed pressure-regulated circulator (P3).

There are pros and cons with each of these approaches. One limitation that’s common to methods 1, 2 and 3 is there always is an unblocked flow path through the underground piping between the house and barn. If the barn is being heated from the biomass heat source or the house is being heated by the mod/con boiler, there will be a slight pressure drop established across one of the hydraulic separators by circulator (P2) or (P7). This small but undesirable Delta-P is illustrated in Figure 2, which assumes use of a 3-way diverter valve to determine flow direction. 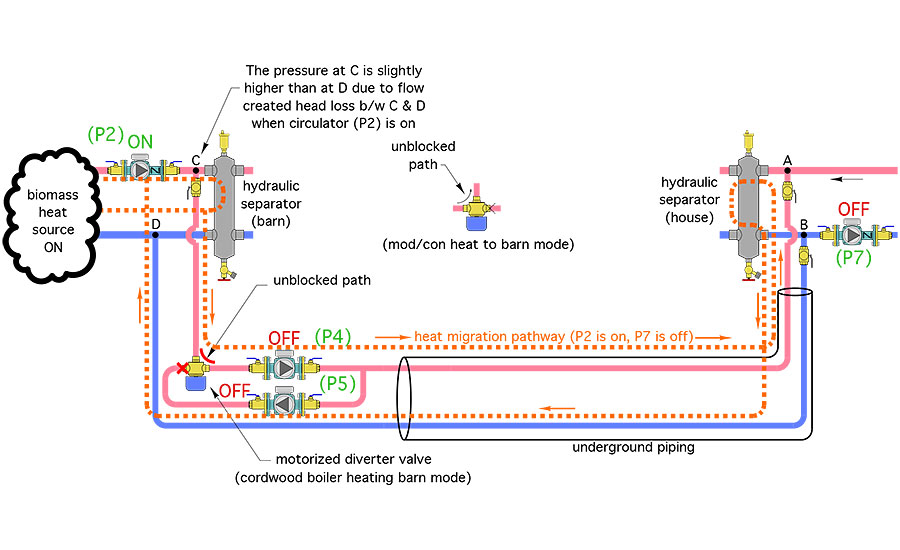 Figure 2. This small but undesirable Delta-P is illustrated here, which assumes use of a 3-way diverter valve to determine flow direction.

In Method 4, the two motorized ball valves, each equipped with a normally closed spring-return actuator, completely block heated water from migrating through the underground piping circuit when circulators (P4) and (P5) are both off, and circulator (P2) or (P7) is operating. The motorized valves should have full-port bodies with high Cv ratings to minimize head loss. Each would be wired to open when its associated circulator (P4) or (P5) is turned on. Each valve would be closed by a spring return actuator as soon as its associated circulator turns off.

Pressure equalization of the barn and house portions of the system takes place through the underground pipe (shown in blue) and not containing circulators or motorized valves. This path should remain unblocked whenever the system is capable of operating to ensure pressure balance.

A single expansion tank sized for the entire system volume, or multiple smaller tanks piped in parallel, all should connect to the system at one location. This avoids creating multiple points of no pressure change in the system by having expansion tanks at multiple locations.

The fundamental objective of this system is to use heat supplied by the biomass heat source whenever possible and only supplement that heat using the propane-fired mod/con boiler when necessary. Thus, the key control parameter is the temperature of water available from the biomass heat source. A call from any zone thermostat in either building zone initiates a controller that looks at the temperature of the upper storage-tank header sensor (S1).

The controller making the decision for the minimum temperature at sensor (S1) should have a suitable differential to prevent abrupt changes in which heat source is called when a load occurs.

Although this system is a bit out of the ordinary, it demonstrates how readily available hydronics hardware can be crafted to the needs of very specific situations. It also embodies best practices such as hydraulic separation, variable-speed pumping and reducing extraneous heat loss.

Perhaps you can use it, or some variant of it, in a future application.