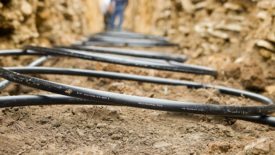 While it may feel like the other side of the world, Russia’s invasion of Ukraine will have lasting effects — including sparking the European Union’s hasty transition to energy independence. Last month, the EU announced a $300 billion roadmap to ditch Russian energy — mainly oil and gas. The EU said it would slash consumption of Russian gas by 66% by the end of the year, and break its dependence completely by 2027 by saving energy, finding alternate sources and speeding up the transition to renewables, according to ABC News. 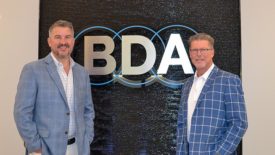 Fishers, Indiana-based firm Battersby, Danielson, Azbell takes this year’s honor as PM Engineer’s Manufacturers Rep of the Year.
Nicole Krawcke
No Comments
Every sector of the plumbing and HVAC industries is feeling the pinch of the labor shortage. However, one manufacturers rep is building a solution to the issue that has been challenging the skilled trades for years.
Read More It’s been more than two years since I took over PM Engineer from my predecessor. What a wild and crazy time that was — the COVID-19 pandemic was just getting started and lockdowns were being mandated. Needless to say, I didn’t get out much that year, or even last year, for that matter.