The beautiful, sensible logic of hydronics.

If you’re anything like me, the first thing that comes to mind when you think about variable speed circulators is 1970s rock band Supertramp.

No? Okay, maybe you’re not like me. Either way, allow me to elucidate.

Supertramp’s 1979 hit “The Logical Song” is one of the decade’s best, with one of the greatest lines ever: “Watch what you say, or they’ll be calling you a radical…”

Well, in hydronics, there is no radical, cynical, fanatical or criminal. Okay, sometimes there’s fanatical, but that’s not the point.

The point is hydronics is logical. Downright Spockian if you think about it. There’s a beautiful logic to how all your parts and pieces work, both on their own and especially in how they work together within the dynamics of the system.

However, when it comes to variable speed circulators, sometimes “The Logical Song” goes right out the window. All we’re left with is “Goodbye Stranger” and Mr. Spock on his every seven year pon farr sabbatical back to Vulcan. 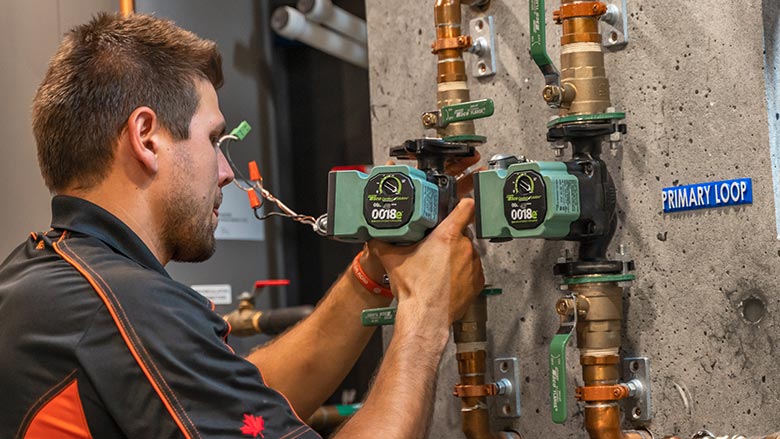 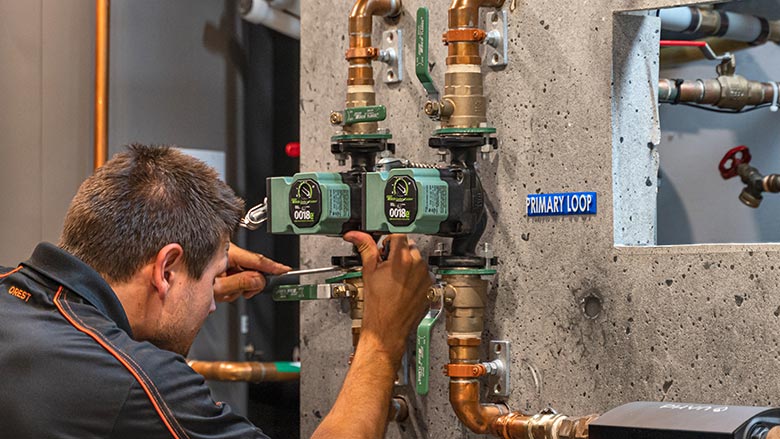 Let's consider the logic behind variable speed circulators, both Delta-T and Delta-P. The prevailing attitude is that they always give you the right flow, no matter what. You can go ahead and call me a radical, but that’s not logical.

Spoiler alert: It doesn’t know any of those things.

For some reason, the industry has insisted on calling these things “smart” pumps. The reality, unfortunately, is they’re not all that smart. What they are, however, is obedient. [NK1] 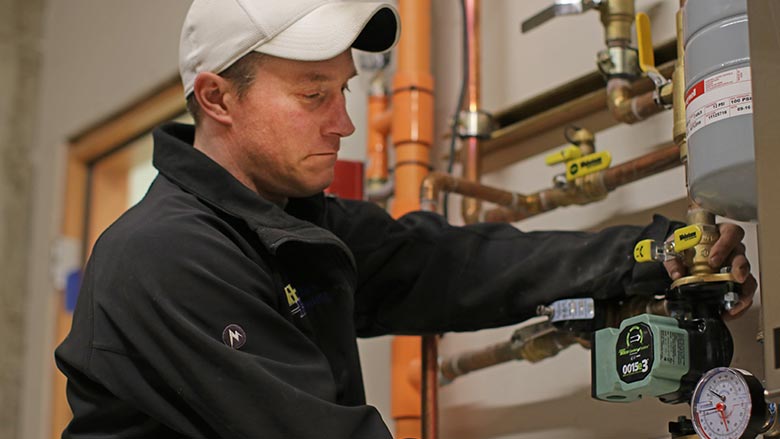 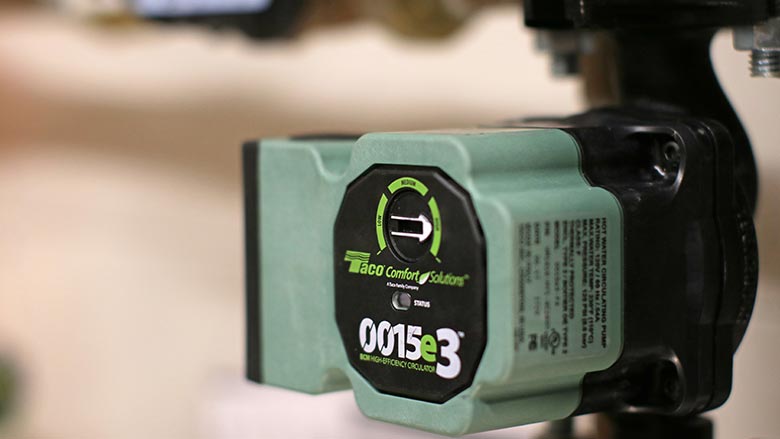 Use the same circulator in the same operating mode in a zone pump application and it will still work on its control curve. The difference, however, is it won’t vary its speed because there’s nothing in the single zone that will change resistance against the impeller. Once the circulator finds its happy place on the control curve, that’s where it will work because that’s where you told it to work.

Now don’t read that as saying you shouldn’t use a variable speed pump as a zone pump. Far from it. The ability to program the circulator will allow you to set the speed to operate as closely to a zone’s flow and head requirement as possible. That can help reduce over-pumping, which leads to short-cycling, which leads to all kinds of bad things.

If you set the circulator to proportional pressure (those funky-looking curves that slope down and to the left), the only thing that changes is the system will work on whichever funky curve you select.

In neither of these instances is the circulator “giving you the right flow.” If you program them accurately, you might get close. 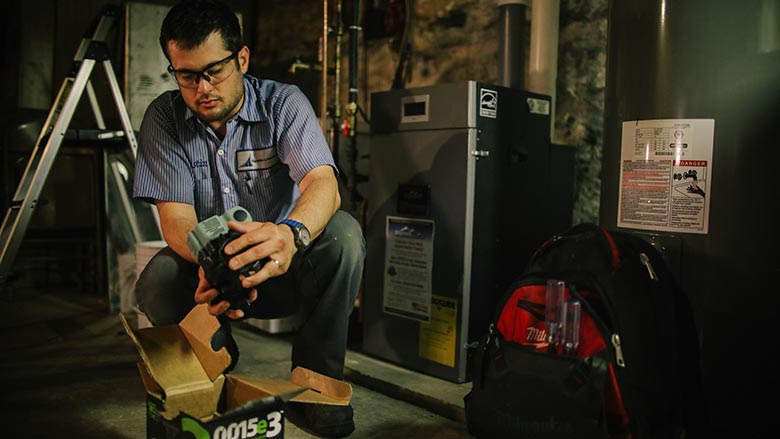 And one more thing: In both applications, the circulator will run the same speed in October or April as it does in January. Again, because that’s what you told it to do.

Additionally, as the heat load changes with the weather, the circulator will continue to speed up or slow down to maintain the designed-for Delta-T. That is, until it can’t.

At some point, the circulator will reach its minimum speed. And logic dictates that you can’t go any slower than minimum, no matter what anyone says. The circulator won’t be able to maintain the designed-for Delta-T anymore. The good news, however, is it’ll still be wide enough to minimize bad things like short-cycling and higher-than-desirable return water temperatures to a mod/con boiler.

Just about every variable speed pump manufacturer has a Delta-P circulator with an “auto” function. And while it sounds cool, we do need to check in with Mr. Spock and Supertramp, as well as reality, to understand what “auto” really does. 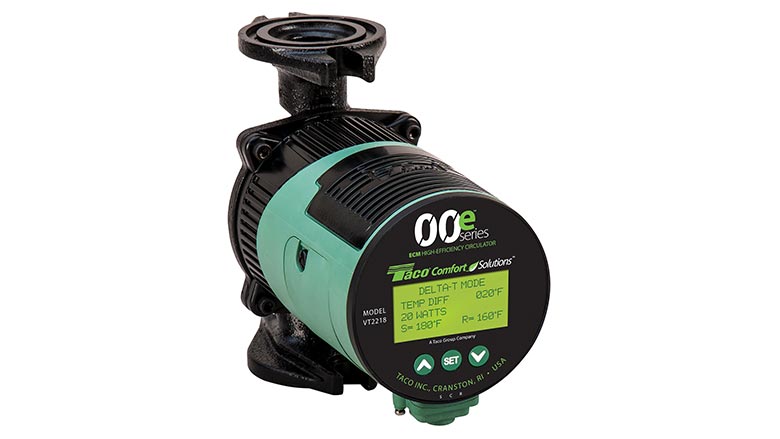 
It’s nice to think that slick little function does all the work for us and takes the thinking out of circulator selection. Unfortunately, that’s utter nonsense.

It’s the professional’s ability to think, and to make sense of all this technology that separates him from the handyman. It takes a pro to understand how all these operating modes work and to select the right one for each job.

That slick little button does, in fact, do a slick little job. But for small residential circulators, that job is limited to continuous circulation applications with modulating thermostatic radiator valves and panel radiators. In that case, given time (like, a lot of time), the circulator will adjust its proportional pressure curve up or down if it experiences a significant change in overall flow (due to TRVs being mostly open or mostly closed) for a significant period of time (20 minutes up to an hour).

So what’s the takeaway? It’s this: It's important to understand how variable speed circulators work and what they do. There’s no “magic” involved. These things are logical and obedient.

But if you properly apply and program one of these babies, well now you have a circulator than can help enhance the overall efficiency of a system.

And that, mon ami, is a very good thing. And, if you don’t mind my saying, pretty darned logical.