Everything is bigger in Texas, especially high school football. It’s not uncommon for Texas families and athletes to look forward to being under the Friday night lights during the fall and winter seasons of the school year. Football players put themselves through grueling practices, weight lifting sessions and study time in order to put forth their best effort on the field. The last thing football players want to worry about after two-a-day practices or a tough-fought game is the locker room showers not having hot water. Student-athletes at Pasadena Memorial High School in Pasadena, Texas unfortunately were dealing with this situation far too often. That is, until Roland Gonzales, responsible master plumber and maintenance supervisor for Pasadena Independent School District (ISD), did something a little uncommon in Texas, he went smaller.

Gonzales’ team at Pasadena ISD serves and maintains over 98 schools throughout the district. When he continuously heard complaints from football coaches about issues with the hot water for the fieldhouse at Pasadena Memorial High School, he knew something was going to have to change.

“Football is always a big deal in the high schools,” said Gonzales, “The fieldhouse is like the football team's Death Star. You need to have hot water working. I mean, that's a morale booster right there for the team just to go kick some butt. Not only that, but it’s important to the parents that students go home clean after practice or a game.”

The fieldhouse consists of 18 showers, three full bathrooms, 10 lavatory sinks and a clothes washer and dryer. All of these fixtures were struggling to get hot water from the old system that consisted of three inefficient and massive 120-gallon hybrid tank type boilers that would constantly need repair, leak water or just shut down completely. When working, the old system would continuously heat water even when there was no need for it, leading to unnecessary gas use and higher utility bills. Gonzales knew that the best route was to replace the old technology with a new, more efficient and space-saving system that would benefit the district for many years to come.

“I would get calls from coaches sometimes at 9 p.m. or 10 p.m. on a Friday night saying that hot water isn’t working,” said Gonzales. “I had heard about Navien at a local training I went to and decided to see if the district would want to try out this tankless water heater technology.” 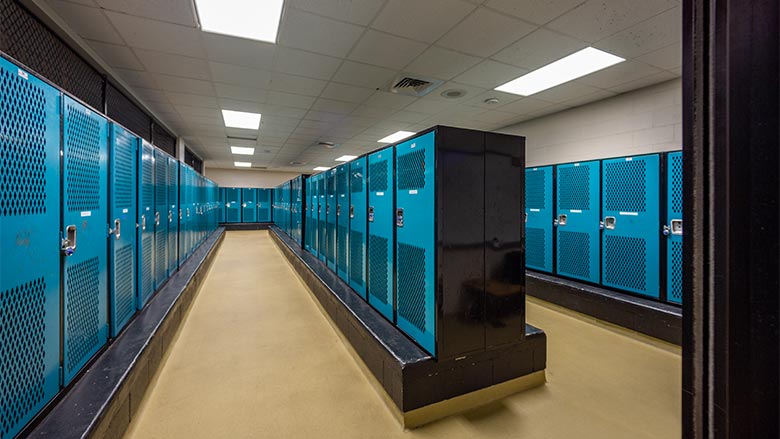 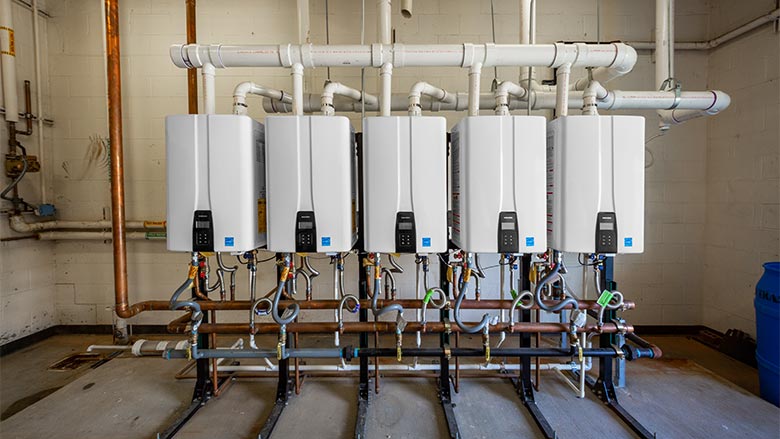 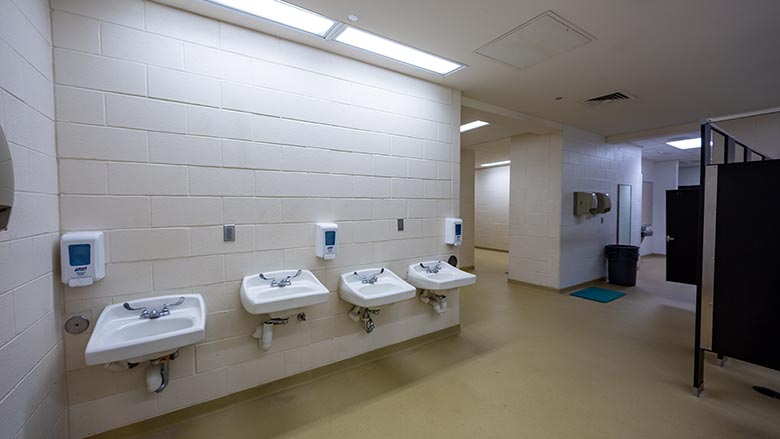 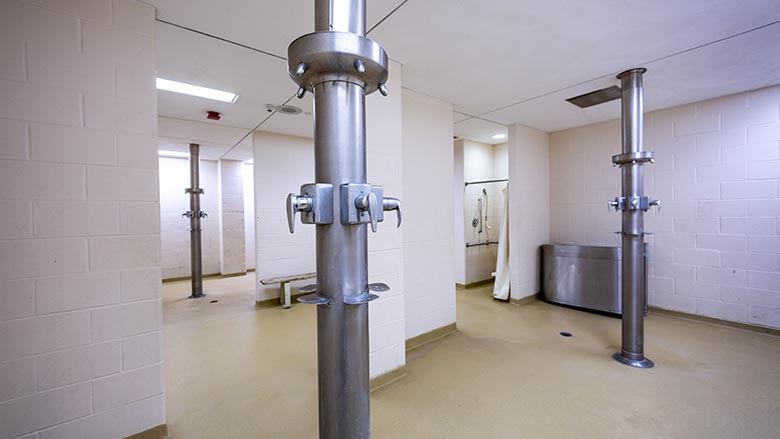 The redundancy of the cascaded Navien tankless water heater system allows all the units to share the load and provide only the amount of hot water that is being demanded. If one unit is on and providing hot water, the next time there is a demand for hot water a different unit will turn on, improving the lifespan of each unit. This redundancy, combined with durable stainless-steel heat exhangers and ultra-high efficiency of the NPE-A2 units provides the district with immediate utility savings and peace of mind for the future.

“As soon as we need hot water, the Navien units turn on one-by-one until they meet the demand,” said Gonzales. “Let’s say somebody is just using one lavatory sink. We don't need all five units to turn on. One of them is going to turn on and then if somebody wants to turn on some showers then maybe the next one turns on. And we have a time with this building where we don't have any students or athletes. So I would probably say about full two months, they're not in use. With the old system, we’d still be heating water for those two months and wasting money on gas. Now we see great utility savings not only in those two months but the entire year because we aren’t heating water when we don’t need it.”

Installation and service have also improved for Gonzales and his team. Redundancy ensures that should one unit need to be serviced, the other four units will continue to provide hot water for the facility. The system’s space-saving design and rack-mounted installation freed up most of the room previously occupied by the old bulky tanks, making it easy to access and maneuver around the equipment.

With the new high-efficiency Navien tankless water system, the students and coaches using the athletic fieldhouse now have the peace of mind that they will never run out of hot water when they need it most, and the district knows they’re saving money on each utility bill that comes in. For Gonzales, he now has the satisfaction of not getting late-night calls from angry coaches.

“I don’t get any more phone calls like I used to with the old system,” laughed Gonzales. “We had this Navien system installed over a year ago and it has been running perfectly ever since.”