Engineers must do their part to protect the environment

Sustainable, green buildings are the future

Exactly 16 years to the day after Hurricane Katrina slammed New Orleans leaving 1,800 people dead, Hurricane Ida made landfall as a Category 4 hurricane with 150 mph winds. As I write this column, more than 1 million Louisiana residents are without power, including all of New Orleans, and at least one person has died, according to multiple news outlets. Since making landfall, Ida has been downgraded to a tropical storm, but has still left a significant amount of damage in its wake. According to the Associated Press, Ida is tied for the fifth-strongest hurricane to ever hit the U.S. mainland.

This storm is just the latest in what the National Oceanic and Atmospheric Administration (NOAA) has forecast will be a busier-than-average season. It forecasts between 15 and 21 named storms, and three to five of those becoming major hurricanes. The rapid way Ida intensified has raised more questions of how climate change is affecting hurricanes. Most scientists agree on one main thing — global warming is changing storms. According to the New York Times, scientists say the unusually warm surface temperatures of the Atlantic Ocean have helped increase storm activity and strength because warmer waters provide more energy that increase both winds and rain. Warmer temperatures also create slower moving, wider-ranging storms.

According to the United Nations, 2019 was the second warmest year on record at the end of the warmest decade (2010-2019) every recorded. Additionally, carbon dioxide and other greenhouse gas levels were 18% higher from 2015 to 2019 than the previous five years, according to the World Meteorological Organization’s Global Climate 2015-2019 report. Evidence of climate change is affecting every country on every continent, disrupting economies as well as causing changing weather patterns, rising sea levels and more extreme weather events.

Plumbing and mechanical engineers know the HVAC system is the largest energy consumer inside of a building. And many are doing their part to design highly efficient — sometimes net zero —buildings. Our 2021 Plumbing Engineer of the Year is one such person.

Just one conversation with John Lansing, CPD, LEED Green Associate, plumbing designer for PAE Consulting Engineers in its Portland, Oregon, location, and you know he is passionate about sustainability and decarbonizing the commercial building sector. One of the things that prompted his cross country move from Virginia to Portland was the number of sustainable and green energy projects in the Northwest. That, and the natural environment. 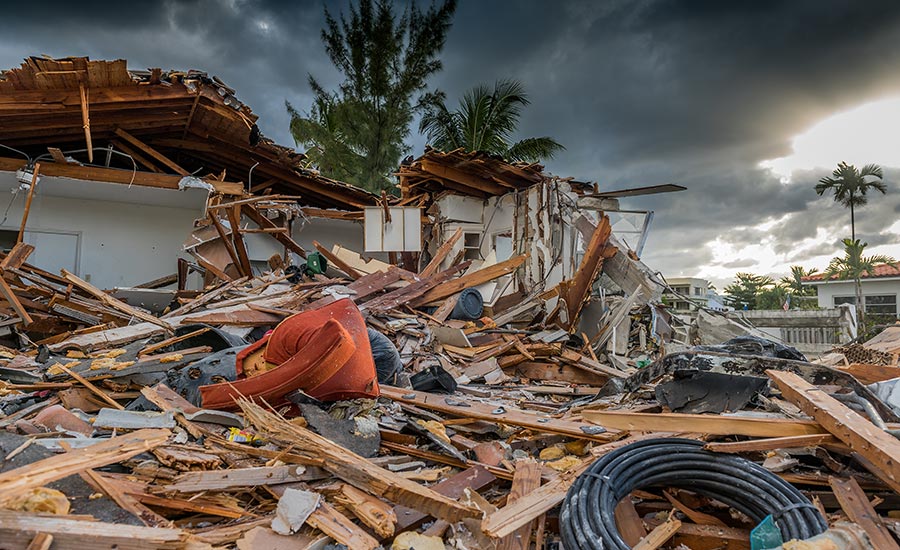 “There’s some really radical stuff going on in the Northwest, and just on the West Coast in general,” Lansing notes. “For example, the big one that really impacts plumbing is the movement toward eliminating natural gas in new buildings. For the most part, new construction in Seattle and a lot of cities in California cannot have natural gas. It’s something we really have to tackle in the plumbing industry because natural gas is incredibly inefficient. It's very carbon intensive and it poses a risk — it really has no place at a 21st century building. There are highly efficient technologies available — like heat pump water heaters and CO2 heat pumps. HVAC kind of moved past natural gas quite a while ago.”

Lansing says he tells every new client about how natural gas is responsible for almost all direct carbon emissions from a building, then lays down a plan to eliminate it altogether, showing the client a huge cost-savings.

“I’ve been really surprised at how much support I’ve gotten from clients because doing an all-electric building — which is kind of an international movement right now — really boosts the value of the project,” he says. “It also shows our clients that we’re not only interested in helping them produce a decarbonized building, we’re also looking to bring down their costs as well. When it's an overall better technology from an energy and a carbon perspective, once the price comes within a somewhat close range, people are very interested — everyone wants a green building in the end when you can pencil it in within their budget.”

Read more about Lansing and why he’s PM Engineer’s 2021 Plumbing Engineer of the Year here.

Engineers have a responsibility to design safe, energy efficient buildings to help ensure our resources are not depleted for future generations. They must also think about resiliency when designing new buildings or upgrading existing ones. There’s no question, the U.S. is seeing more frequent, stronger storms, which in turn, lead to more frequent flooding and other damages. We’ve seen heat waves, droughts, and now, we’re also seeing larger, more devastating wildfires on the West Coast every year.

Last month, the Intergovernmental Panel on Climate Change (IPCC) released the first portion of its Sixth Assessment Report on how climate change is altering the planet’s natural systems and worsening extreme weather events around the world. The news, you won’t be surprised to hear, is not good. The report states: “Global surface temperature will continue to increase until at least the mid-century under all emissions scenarios considered. Global warming of 1.5° C and 2° C will be exceeded during the 21st century unless deep reductions in carbon dioxide (CO2) and other greenhouse gas emissions occur in the coming decades.”

Under all emissions scenarios considered. Let that sit for a minute. Unless we start cutting back our greenhouse gas emissions, global warming is going to further intensify these natural disaster events. Engineers are uniquely situated to make a difference in this fight. Talking to every client about renewable energy systems and their advantages is imperative. Finding ways to cut costs to make these technologies attractive to your clients, much like Lansing has done, can help reduce emissions, and save the Earth. Now, who wouldn’t want to tell their kids (or nieces or nephews) they helped save the world, one building at a time?

Nicole Krawcke is Chief Editor of Plumbing & Mechanical and PM Engineer magazines. She joined BNP Media in 2014 and served as Web Editor and Business Management Editor of The ACHR NEWS. Prior to joining BNP, she worked at Patch.com, a hyper-local news platform focused on community journalism. She has 10 plus years of writing and editing experience and holds a bachelor’s degree in Journalism from Michigan State University.