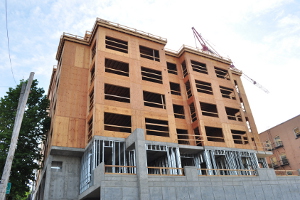 • Health care —With business owners nervous about the costs of the Affordable Healthcare Act, predictions are slightly unstable. Although the health-care construction forecast slipped 1% since last year, it is still expected to grow 6% in 2014 to $44 billion.

• Educational — The increase in residential construction and tax revenues will help bring this market back in many areas of the country. Due to budget cuts for government spending at all levels, the national market will rise only slightly in 2014 to 4% over 2013 levels.

• Manufacturing — The resurgence of the automotive industry is a big boost to manufacturing as is the continuing explorations and mining for shale oil and gas. However, manufacturing construction is expected to drop 2% by year-end 2013 before returning to 4% growth in 2014.

• Highway and street — Passage of MAP-21 calls for nearly $38 billion for the fiscal year 2014 for the Federal-Aid Highway Program. This is a major contributor to the CPIP predications of nearly $80 billion for 2014.

While there is no singular reason for change in these markets, there are a few economic concerns that touch all of them:

• Downsizing of government and large companies; and

• The implementation of Affordable Healthcare Act.

To download a copy of the full report, go to http://hosting.fyleio.com/21574/public/FMI_Studies_and_Reports_/Outlook_Q3_2013_FINAL.pdf.